The Long Dark Teatime Of The Soul

Wow, I just stumbled over one of my old articles, which I'd totally forgotten about, which I wrote when Douglas Adam died ten years ago.
Douglas Adams was a big fan of Apple's old Newton handheld device, and in a radio interview talked about how the machine was uncannily like the fictional electronic book that was the "Hitchhiker's Guide to the Galaxy" in his books.

... And the iPad even more so! Douglas would have loved the iPad.
I dunno, the largest iPad may possibly have enough storage to actually contain traveling info about every planet in the galaxy, at least if we keep it to text!

Posted by Eolake Stobblehouse at 05:53 No comments: Links to this post

Wingstand, most compact stand for iPhone/iPad yet. (It should work even without keyboard!)

This is my idea of a travel typewriter: 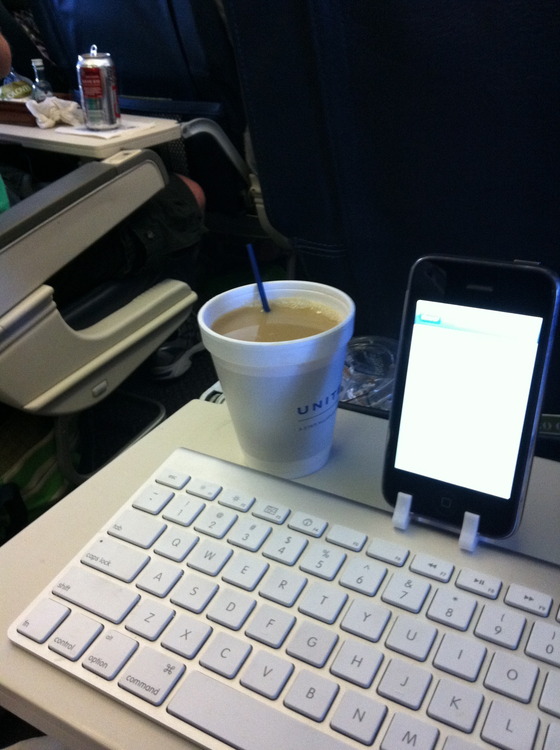 Posted by Eolake Stobblehouse at 19:17 9 comments: Links to this post

On July 19th, Apple’s Tim Cook said the following.
"We have a very simple view here, and that view is we love competition. We think it is great for us and for everyone. But we want people to invent their own stuff. We’re going to make sure that we defend our portfolio appropriately.”
It was one of those Jobsian RDF statements that sounds really spot-on, but has a hidden agenda. It’s really hard to innovate once another company nails the technology driven, state-of-the-art metaphor first.

Apple, through superior work, research, and intelligence, like a frontier family, have found a new grand lake in a huge territory which for years had seemed to be unsupportive of life, the tablet market. They found and made something which really works brilliantly within current technology limits.
Now others, through following their tracks and smoke trails, have found the lake too, and want their part of the water.
And the courts have to decide exactly how much of the lake the Apple Family have stakes on forever due to having found the lake first, and how much should be public rights.

I don't know if there is a Right Solution, but we can only hope that results come near a good compromise between supporting innovators enjoying the fruits of innovation, and not suppressing the natural spreading of wealth found in new natural habitats of technology.
Posted by Eolake Stobblehouse at 10:47 No comments: Links to this post

(click)
... it reveals the rate of growth of iOS related products. And then when you start looking at how this explosive growth is impacting the PC industry, the picture really comes into focus. Finally, once Apple starts on a climb like this, the trend seldom reverses. The conclusion is that over the next few years, we’ll likely see a steady decline in PC sales to point where the PC industry drops into panic mode. Given their delay in producing a viable tablet, one has to really wonder whether Apple will end up replacing the entire PC industry as the number one supplier of consumer computing devices.

It had not even occurred to me, but what's really nuts is not only that it could happen, but at current trends, it's not even unlikely! Think about it! Most functions of popular PCs can be replaced by tablets. And because tablets are easy and fun (at least Apple tablets), they will be replaced. The only PC maker not crying over sales of PCs is Apple, and Apple is also the only really successful, so far, maker of the device which will probably replace most PC's, the tablet.

Sure, the chance is also solid that it might happen (Amazon or Samsung may pull out a rabbit), or not within a few years. But it's amazing to think that a couple of years ago, ask anybody if Apple could become king of consumer computing devices, they'd have laughed you out of the room. Many would still try today, but then show them these statistics.
Posted by Eolake Stobblehouse at 23:30 No comments: Links to this post