I just got a SSD disk for my main Mac. Wow. At least as big a nimbleness boost as the last time I upgraded the whole machine!

It's no wonder Apple now has SSD (Solid State Disk, no rotating disc) at least as part of the main storage in all their machines, it makes a hell of a difference. Even the early Macbook Airs, despite weaker processors, felt very good because the SSD took care of the speed when changing between apps and all other operations which involves the disk.

Cables which glow in the dark

I've ordered a couple of these very cool iOS cables. They are stronger, tangles less, and are easier to keep track of with the different colors. 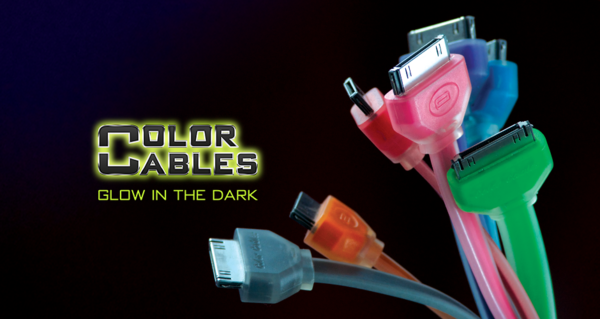 Posted by Eolake Stobblehouse at 00:40 5 comments: Links to this post


It's a bit frustrating: outside of iPad, you can choose between full-featured general Android tablets (with almost any screen size you like), but which in my experience are buggy and frustrating; or the Kindle Fire, which works wonderfully well, but is quite limited in features and apps you can use.
Now, I just read that the KF's market share is surprisingly low: in 2012, about 6%, and in 2013, even lower, about 4.5%. Given the Amazon's strength and the very good quality/price ratio, I am surprised.

I wrote to Len of The Kindle Chronicles:

Since Kindle fire is easier to use and less buggy than a normal android tablet, from my observations anyway, the reason to get a Nexus Seven for example instead would be so you could get access to the full android marketplace of apps.

So maybe the falling KF market share (from 6% down to 4.5%) might convince Amazon to finally be more open to including a more inclusive system on the kindle fire. Sadly, I admit it does not sound like them, but I really hope so. Of course the question remains if they can do so without introducing the same bugginess and difficulties that plague normal android tablets.

Good point. I think Amazon's obsessive concern for frictionless customer experience is the driver of this walled garden approach, more than competitive positioning. It's like the heat they took for not using ePub and Adobe's DRM system. The reason they insisted on own proprietary standard was so they could control the customer experience. That's worked out pretty well for them so far. But pressure to be able to choose whatever content we want is also a customer driver, so the two conflict. Best, Len

Me:
I hadn't quite thought of that.
Especially not the Adobe DRM angle. That is the stuff of nightmares.  The book apparently has to download every time you open it!  I can understand how they'd prefer  an in-house process, and actually that part works perfectly over many devices and publishers, it's impressive now I think about it.

iPad has the best of both worlds, but it has a huge market share. I doubt the KF's market share can attract many app developers.
Posted by Eolake Stobblehouse at 22:24 No comments: Links to this post