Many, many designers (who "tend to have excellent eyesight" as usability guru Jakob Nielsen says) need to wise up about readability. For example, in my judgment, most web sites have too small text. I have to set up the default size quite a bit in my browsers (incredibly, you still can't change that in Safari on iPad), and even then I often have to enlarge it further on individual sites. And with glasses, my eyesight is not all that bad, probably average.

Readability of course also includes contrast. See for example this example from iOS 7 on my iPad: 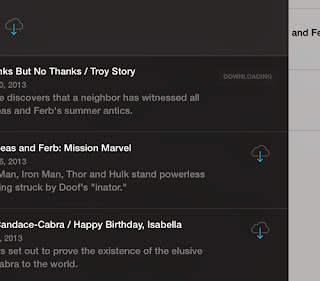 See the word "downloading" on the right? Nope, me neither, well hardly.

A similar issue: I have set the text to Bold in Settings, but the icons in iOS 7 are still very small, very low contrast, and very thin-stroked. That's the thing with Apple, mostly they do great, but sometimes they will really let form get the upper hand on function.
Fortunately, sometimes they fix it later. The last version of iTunes (app on Mac/Windows) had all-grey, low contrast buttons and text, but with the present version it's back to being well visible, colors and better contrast and so on.

I admit these are not easy things to balance. I've built many web sites, and when designing apps and web sites, one has to account for the whole spectrum of eyesight levels, and often a big spectrum of screen sizes and qualities too. So if you want to keep readability on the big majority of all that, you are very, very restricted as a designer, and I can see how that is frustrating, all your education and inventiveness gone down the sink, or a lot of it anyway.

Posted by Eolake Stobblehouse at 17:06 No comments:

Amazon today announces new Kindle Fires. Sharper screens, faster processors, and best of all: much lighter than last year's models. The new 7-inch model is only 300 grams (10.5 oz), like the iPad Mini. This is a big factor in usability.

And a model similar to the previous 7-inc HD model is now selling for $139. That is really amazing. It's only a few years ago that the first stoneage Kindle with black-and-grey screen was $400! 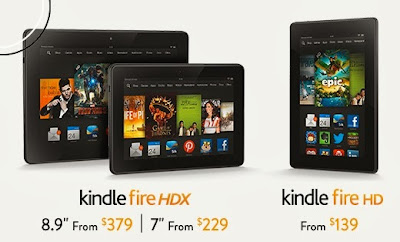 In a move I had not expected, given Amazon's tendency to keep the functionality of the Kindle Fires pretty much to buying Amazon content, they briefly mention that the new KFs have a "built-in OfficeSuite". Huh? Let's hope this signals an opening up of the capabilities of these tablets, which after all can do anything a regular Android tablet can do, except where Amazon has blocked it.

There's also a new support system which may seem a bit spooky to some. Press the "Mayday" button and a live person in video pops up, and can control your tablet! He/she can't see you though. But it's cool, and we'll see if Amazon can keep up with their ambition that all such requests shall be answered within 15 seconds. Very ambitious scheme.

I'm just a little disappointed that even after two years, here in the UK we still don't have any free videos with our prime membership like they do in the US. What is the big hurdle there? It's not like all videos are free, you just need a few thousands which don't suck too hard, and a few recent ones.
Posted by Eolake Stobblehouse at 15:40 2 comments:

A way around the wallpaper-sizing issue on iPad

This is not the first time Apple has let oddities in an OS regarding wallpaper. (In OS X, for many years, you couldn't use a portrait-oriented image if it was taller than the screen, it would show up cropped. You just couldn't scale it down. This was finally fixed a couple of years ago.)
This fix unfortunately demands a bit of knowledge of an image-editing app. But I made big images of a pleasant, low-contrast pattern, and put the desired image in the middle of it. This will let the essential part of the image show up in full on the iPad.
They are bigger than Blogger lets me post (max 1600px), but you can get four of them I have made, here.) 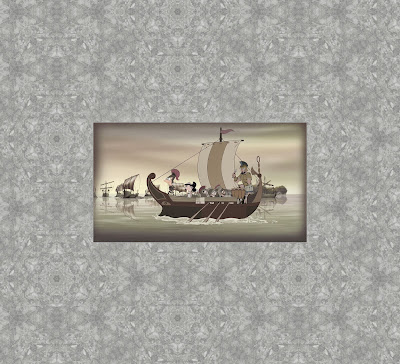 It's important that the bigger image is roughly square, since iOS wants both dimensions to fit within the screen.

It actually was like this in early versions of iOS, then it was fixed in iOS 5 or 6, and I was so happy.

The pattern is one I made myself with a pattern/texture plugin for photoshop, in the early days of OS X. It was called Terrazo from Xaostools and was wonderful. It made repeating and tiling patterns based on any graphic, and the ways you could repeat them were manyfold. I don't think it works anymore. I really wish I knew of a similar app/plugin.
Posted by Eolake Stobblehouse at 16:21 No comments: