Big color books are coming to Kindle in big waves, hurrah! For example, I searched for books about acrylic painting, and about mixed media art, and there were lots of books which clearly are meant for a biggish color screen rather than the small grey-scale Kindle. 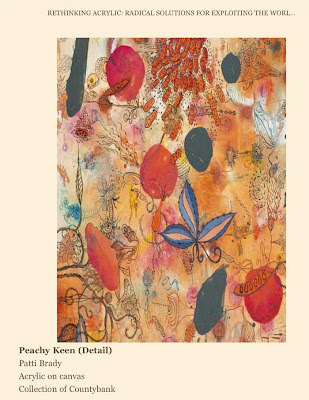 Of course you still have to live with the odd choice of authors and editors. For example in the otherwise nice book about experimental acrylics painting I bought, Rethinking Acrylic, the author tells us that "small brushes are good for small paintings or small details, and big brushes are good for covering large areas". No! Really? Thank gawd you told me. On the other hand he defines "gesso" as "the bridge between the substrate and the paint". I had to use the Kindle apps' dictionary to find out that it consists plaster of paris and glue. Ah well.


But I really like that this is happening. While "serious readers" may be focused on novels and bios, there are big swathes of the book market which depends on complex designs, graphs, illustrations, art, etc. Cook books, comics, children's books, art books, artist's teaching books, text books...

By the way, I recently made small changes to the design of this blog. What do you think of it in general? Is it well readable? How do you like the book background and so on? I made most of it me likkle self.

Posted by Eolake Stobblehouse at 01:10 No comments: Links to this post

13 Work Reasons to Buy an iPad

13 Work Reasons to Buy an iPad, article.
Posted by Eolake Stobblehouse at 00:20 No comments: Links to this post

The new Nexus 7 seems like a quite promising ereader/tablet. Finally a tablet with a rubber back cover. It's lighter than the Kindle Fire. And it has higher screen resolution. And it's as cheap as the Fire. Very promising. (Also it comes in Europe sooner than the Fire.)

Only irritation is only 8 or 16MB storage (not "memory" which is what the processor uses for thinking), and no SD card slot. An HD movie is easily 5MB in itself.  This is like Amazon's thinking with the Fire. The Nexus even deletes files after use without asking you! (Admittedly sometimes the iPad does this too.) "Ooh, but you use the online storage, see?" Yeah, great, but what if you're in an area with no or weak Net connection, and you want to watch another movie? Come on, guys, you're being a little bit too forward with this, like five or ten years.

Seriously, I want to have several films and TV shows stored on this kind of device. Expecting video download to work in the train or the summer house is not only ridiculous, but would cost a mint in data fees if you could get it to work.

[Did this remind you of something? Like Apple promotional videos? Apart from looking at people from the left and having more color, this sounds and looks exactly like Apple's promotional videos. The words, the rhythms, the feeling... Have they no embarrassment level?]

Update 1: Janet said:
I have to assume you will get one or maybe not?

Well, if it wasn't for that storage issue, I'd be very tempted. But on the other hand, during the rest of the year we're likely to see new models of Kindle Fire, *possibly* a smaller iPad, and so on. It's very volatile right now, so I'm waiting.

Nexus 7 leads now, slightly, with weight and screen resolution for 7-inchers, but others will surely follow. It'll be quite interesting to see how the market develops over the next couple of years.

Another thing though: it seems that on the Google Play store, you can only *rent* movies and TV shows. So you're forced to watch it within 48 hours. I like that on iTunes I can buy them so I can take my own sweet time, flicking back and forth between different films and shows, like I do with books.
... In fact it seems like you can *only* rent movies on GP, no TV shows at all. That's a big downside to me, I'm a big fan of the best TV shows, particularly comedies, nothing better when I want to relax. And laughter is healing.

Update 2:
... As a matter of fact, I can't even get movie rental to work on Google Play. I can buy books and apps, and I can *pay* for a movie rental, I even get the email receipt, but when I try to actually watch the movie, my password suddenly fails. Is this because I'm not in the USA? Does anybody know?
Posted by Eolake Stobblehouse at 13:29 6 comments: Links to this post 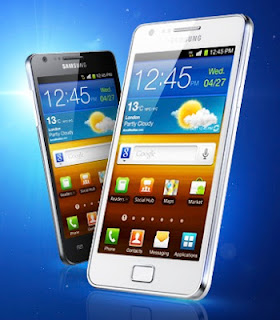 Posted by Eolake Stobblehouse at 19:02 7 comments: Links to this post

It is shameful how textbook publishers are taking advantage of their captive market, students, to inflate book prices. But things are starting to happen, this is one of them. I wonder how it'll look in 20 years.


"If you took a course in philosophy or critical thinking at college or university, you paid an average of $70 for your textbook. I think that's too much, especially for students who have to choose between food and the rent, two or three times a year, like a lot of my students. Yet the cost of these books never goes down, because students are a captive market.
So, I've been writing my own textbook, so that my students don't have to buy one. I'd like to expand and improve it and then make it available to the whole world, for free."

Posted by Eolake Stobblehouse at 18:37 No comments: Links to this post

Posted by Eolake Stobblehouse at 11:44 No comments: Links to this post 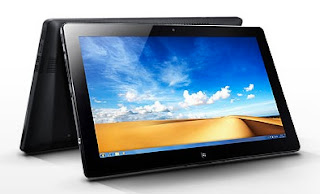 Samsung has one of the first Slate PCs. Looks pretty impressive.

Seems it runs Win7 and yet some kind of touch OS.

I have rarely made notes of any kind, and thus not in Kindle books either. But as an experiment I've turned on public notes for many of my books, so if you "follow" me, you can see them.
I don't know how this will go. On the surface it might be just another Social Network thing, but on the other hand, since the notes are in and about a book, they are bound to have generally more substance than typical FaceBlot or Twigger writings.
Posted by Eolake Stobblehouse at 03:45 No comments: Links to this post