Amazon is promoting something big coming, disruptive, and "bigger than the Kindle".

“Bigger than the Kindle”... hmmm.  Perhaps they are doing word plays, something PR and editors seem unable to stay away from.
But sort of switched. Maybe it’s simply bigger, physically. Maybe they want to get a jump on Apple and Samsung with a 12-inch tablet. And it has some capability which can be considered disruptive. (That's a real buzz word these days, innit?)

---
Oddly, I think they need a 5-inch phablet too, because they’re promoting “Listen Anywhere” (or Audible is, on the Kindle Fire), and they have nothing pocket-sized at this moment. The phone part is immaterial.

I mean, look at this ad. It's a promo for Audible, on my Kindle Fire. It's a comple give-away: Where is she gonna stick it?! The 7-inch Kindle looks ridiculously clumsy for audio content next to an iPod or iPhone. 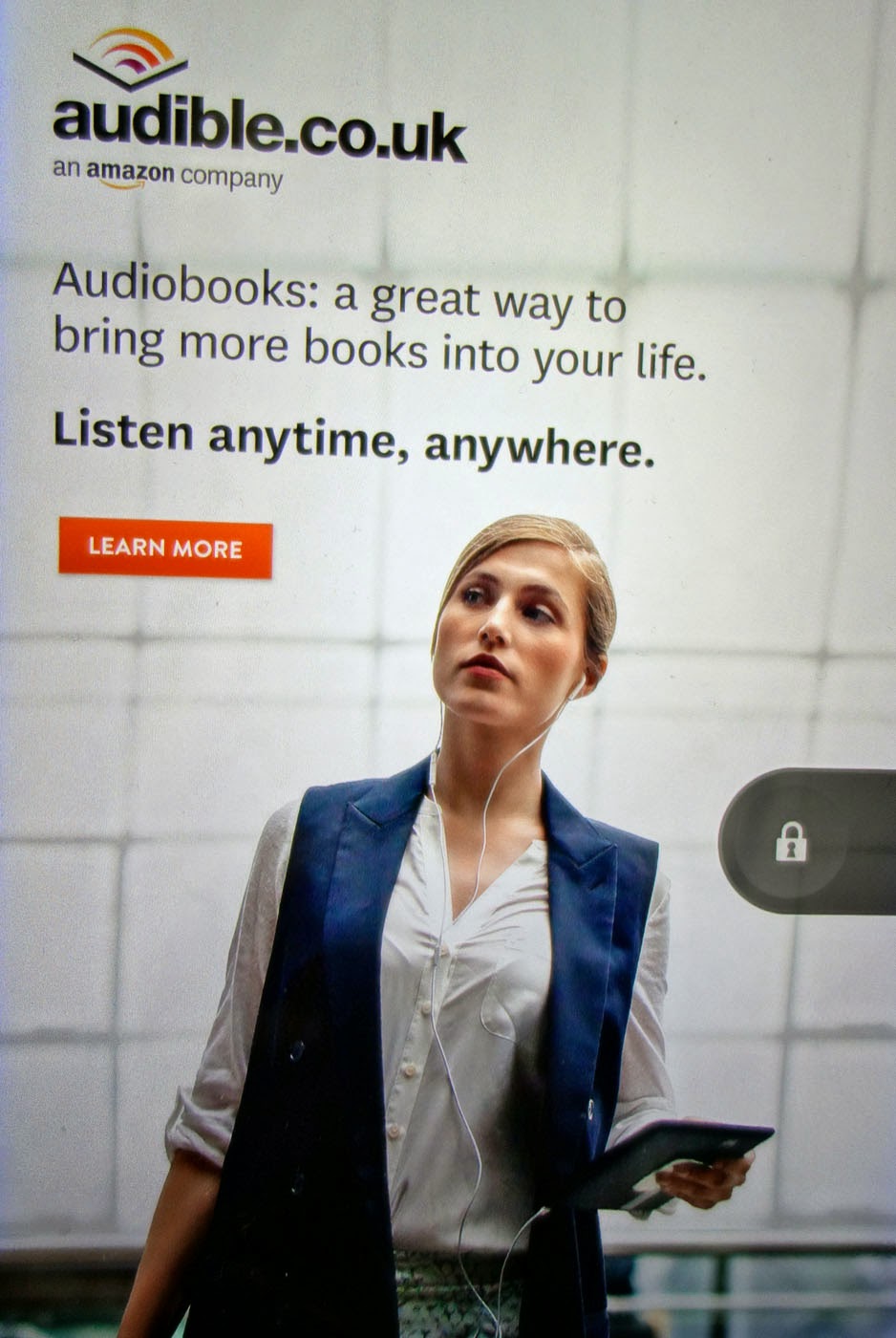