Custom fonts on the Kindle Paperwhite!

This is so great! When the Kindle Paperwhite came out we finally had a Kindle with more than one font. But lo... Amazon's choices of fonts were so anaemic that in reality we only really still had one or two fonts which were really good on the smallish BW screen. Sadness.

But now I found this tip about how to install custom fonts, hurrah!

No hacking necessary, and it is not too complicated, went smoothly for me.
For the USE_ALT_FONTS file, I just made a text editor document with a single space character in it, and named it thus.
I found fonts in the library/fonts folder both in my own user folder on my Mac, and in the root library folder. (I don't know what determines where they are installed.) It seemed that any format worked.


So apart from my favorite screen fonts like Georgia and Verdana, I of course couldn't resist installing some crazy fonts, just to show you and myself that it really worked! Here we go: 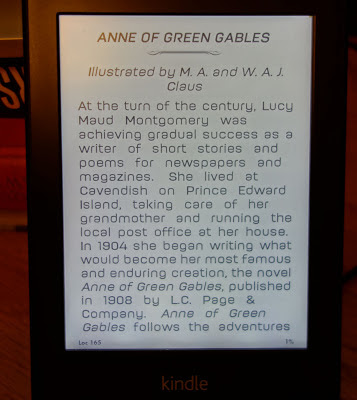 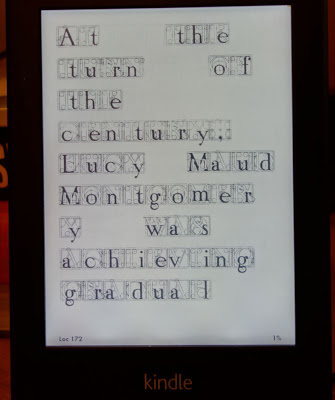 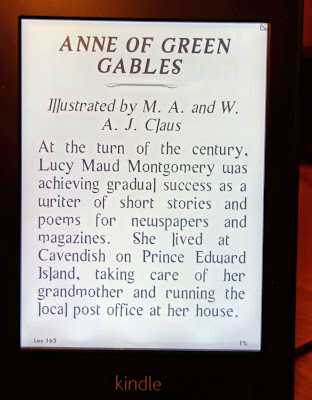 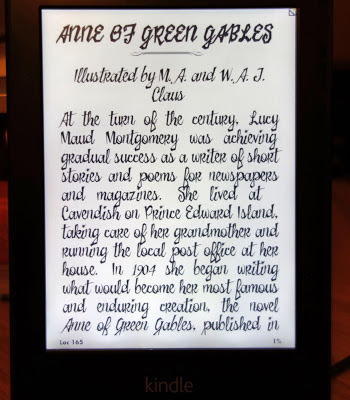 Posted by Eolake Stobblehouse at 05:27 7 comments: Links to this post

No sooner said than done.
I have now made my RedBubble account and created my first design, available for cards, prints, or iPhone or iPad cases.
Buy it and try it.

Update: I have added two new designs, one computer-work and one from a painting.

Cool, eh?
They say that their cases are highest quality, and that the color is somehow embedded in the material and won't peel off.
Posted by Eolake Stobblehouse at 05:04 No comments: Links to this post

Over the past few years a semi-conscious unease has been steadily growing in my mind: OS X is not getting more reliable and more stable, it is instead developing more and nastier problems that range from interference with getting work done to potential data loss.
This unease is now consciously realized, hence my decision to publish this series of pages and to no longer ignore the eruption of a serious bug, but to document it.

As is clear to anybody, I'm ecstatic about the new ereaders and tablets platforms. I love 'em.
But at the same time, I'm becoming more and more disenchanted and even fearful about what is happening to my once-beloved Mac platform. The Mac Pro has hardly been developed in five years, and the same can be said for the OS, which even seems to be getting worse, including for the very dubious choices of making it look and behave more and more like a smartphone.

Also in general, I feel that culture is getting more and more superficial and less and less interesting, everything is being reduced to sound bites and 140-character-sized "reports".

Something need to change, otherwise I might just step off the horse as a professional computer-user, and step down to a technologically simpler life. Maybe make paintings or write books instead of running a pay site, and use the web less, and ebooks and good films/TV more. Slow down. Go narrower, but deeper. Breathe instead of pant.

Faster and wider communication is wonderful in principle, but when it seems to be mainly used to disseminate either worthless gossip or mindless fear-mongering, I'm out.

Update:
Portlandia has a great sketch which illustrates this: A small newspaper is taken over by a company called Links PDX. And they no longer really write articles, they just link. The former boss gets honors for getting 78 million hits with an article. The whole content of the article is three words:
"Charlize Theron NSFW."
("Not Safe For Work", generally meaning nude.)
LOL. As it were.

BTW, I've been thinking that a modern outlet for art is phone/tablet cases, tee-shirts, etc etc. So I've been thinking about teaming up with somebody who does that. But just now, an Anon linked to RedBubble.com in a very old post of mine. I'm not even sure if he was spamming for the site or not, but if the quality of their products holds, that might work.

Here's a pretty cool iPad back-cover which is sold via their site:


Posted by Eolake Stobblehouse at 04:53 4 comments: Links to this post