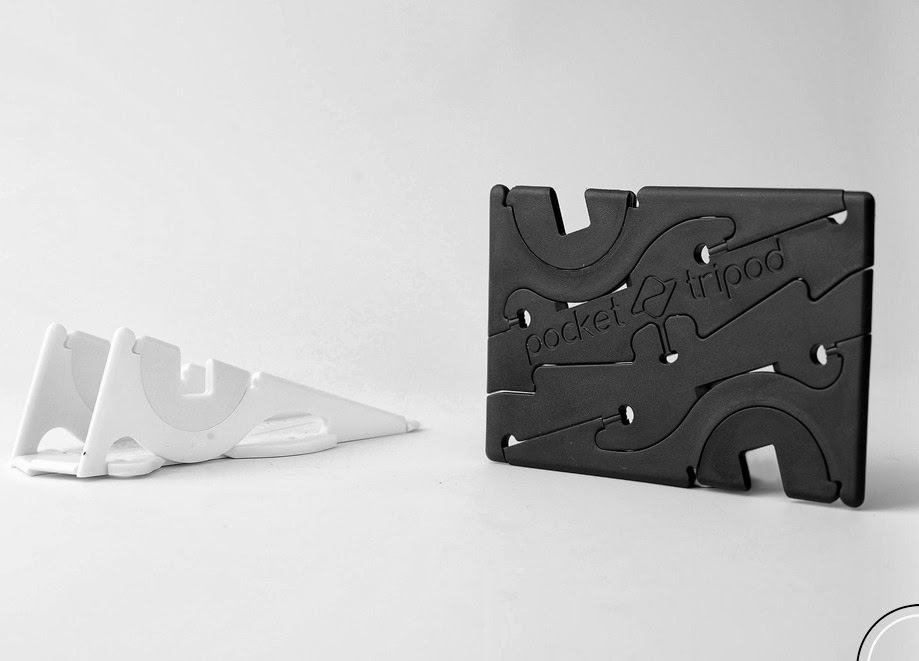 I've tried several flat/foldable phone stands, and this seems very promising. And the angle is even steplessly adjustable, so it can work as a table tripod.

The iPad as mobile journalist studio

I've written about this before, and here is a nice article from a journalist who prefers his iPad to a MacBook for mobile production of text and images.
The iPad Air isn’t just for capturing images; it also does a decent job of editing them. [...]  I remain primarily the writing kind of journalist and require hardware suited for that purpose. In this regard, the iPad Air has performed splendidly when outfitted with an add-on physical keyboard.

I'm still waiting for somebody to make a purpose-made portable writing machine. One of the early devices which came close, I had briefly but sadly it had a hardware fault, this was the beautiful eMate. You may say: what's wrong with the Macbook Air (or a knock-off), isn't that the perfect portable writing machine? Well, it's close, but primarily the keyboard is too flat for me. If they could make it deeper and more clicky, without raising the weight significantly, we'd have something. The Logitech Wired keyboard I acquired recently is the thing, near-perfect for typing, to my taste. It's not the smallest, but it is full size, the same size as the Apple Wireless Keyboard To my surprise, I can write about as fast and comfortable on that 300gram thing as I can on my big, professional German keyboard.

Update:
TCG said:
I used to wonder if I would like the Macbook Air keyboard, myself, and have to report that I LOVE it!! In fact, I can whiz along faster on this keyboard, than anything else I have had before this... WEE!!!! :-P Have you tried it, yet?? It feels "deep" (and clicky!!) enough for me... :-D

Taste vary. And I won't deny it is a good keyboard. I just prefer, personally, a deeper "travel", and a tactile feedback in the *middle* of the travel so you know you hit it without having to bottom it.

Also, it is so flat along the top surface of the keys, it makes for further uncertainty about the placement of my fingers.

Of course, it just might be great if I used it for a couple of months. And some love it. (I have mostly heard this from women. And I admit I have large hands.)
Posted by Eolake Stobblehouse at 03:18 5 comments: Links to this post