Thoughts on the newest Chromebook 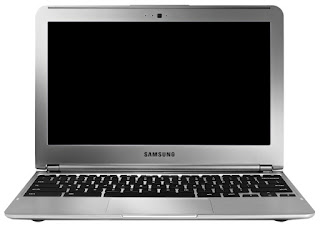 The Google Chromebook is out in a new version, and the price is only $250, less than an iPad Mini. And David Pogue likes it a lot.
The Chromebook concept takes some getting used to: It’s exclusively for online activities. Web, e-mail, YouTube, and apps like Google Drive (free, online word processor, spreadsheet and slide show programs). The laptop has no moving parts: no fan, no DVD drive, not even a hard drive. It’s silent and fast, as long as you don’t try to do two things at once (video playback and music playback, for example).

I must say, if the keyboard is good, it makes a lot of sense as portable typewriter. It's as light as a Mabook Air, but much cheaper. It holds no data on its own, so that and the price makes it less of a worry re it getting stolen.

And of course, unlike me (I have a trillion email accounts and use an email app), a surprising number of people, even very pro and geeky people, only use Gmail and they use it from the Gmail web site, so this handles that too.

And again, unlike me who needs a computer for web site design and photoshopping, it actually does 95% of what people do these days, email, web, and whap apps (Office etc) can be done in a web browser.

I hate to give Google their due, but Apple has p'd me off by getting a patent on rounded rectangles! :-) (Is this the beginning of a turning tide for Apple?)

That is good. A net connection is still far from ubiquitous or very reliable, and it would be irritating to be totally helpless if you don't have it, and you're inspired to write.

Pogue writes that the keyboard is "carefully modeled on the Macbook Air's", and that's no joke, I would have sworn I was looking at a Macbook Air keyboard. Samsung really has no shame, or they took it literally when Picasso said "great artists steal". One can understand Apple/Jobs' wounded ego re their creations getting ripped off. 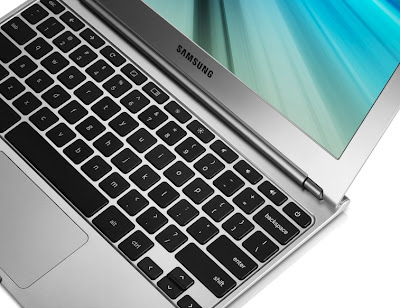 Google has another operating system which is more popular than ChromeOS. It is being put on laptops without Google's help. These laptops are less expensive and can do more than the Chromebook.
Imagine what could happen if Google put some time and energy into Android netbooks.

Posted by Eolake Stobblehouse at 21:46

Saw Pogue on a talk show, yesterday, featuring this along w/other tablets. Liked the price. :-)

It was interesting to hear about, though. Seems like something similar has been featured, years ago, like that. Wish I could remember more about it, now. Just a faint memory, at this point. :-/

Google has another operating system which is more popular than ChromeOS. It is being put on laptops without Google's help. These laptops are less expensive and can do more than the Chromebook.

Imagine what could happen if Google put some time and energy into Android netbooks.

Interesting. I actually hadn't realized there were laptops running Android. Surely a better choice for netbooks than Windoze or whatever.